The Dutch claimed the land now called Port Washington, but did not use it. Nevertheless they ejected settlers from Massachusetts in 1640. These early settlers moved on to Southhampton. The peaceful Matinecock Indians lived on Long Island but used Port Washington only as an occasional summer village. Eighteen English families rowed across Long Island Sound from the Stamford area seeking religious freedom in 1643. This group was a Bible believing people who had apparently struggled with the New England Puritans, possibly over the matter of church government. This group got along with both the Dutch and the Indians but settled in the Hempstead area. They fenced off Port Washington and it became a grazing area for cows. Thus it acquired the name “Cow Neck.”

The first permanent resident did not come until 1674 and Port Washington began to develop as a quiet agricultural community. In 1693 a grist mill opened. In 1748 the community hired its first school teacher. They built a little red school house, approximately 25 foot square, near the mill pond in 1757. This building also became the community center for various activities.

In 1898 the Long Island Railroad came and provided convenient transportation to the city. Port Washington became a summer resort and home for the rich and sometimes famous. Such well known people as John Philip Sousa, Sinclair Lewis, William Harriman, and William Randolph Hearst were residents. Some developed the expensive estates that would receive the name “The Gold Coast Mansions.” The final population increase came after World War II when the population increased to approximately 30,000 people, a number that has remained fairly constant for the last 50 years.

Although The Society of Friends (Quakers) held services as early as 1702, there was no established church in the area for some time. Until 1859 people who desired Christian services, either met in homes, or traveled to Roslyn or other areas to congregate with like-minded believers. They also made occasional use of the “Little Red School House.”

In 1858, Christians sponsored “Revival Meetings” in the school house. At this time, historians speak of the New York Revival of 1858, 1859, that affected people around the world. In that one room school house, 30 people professed a conversion experience during those revival meetings. This affected the whole community of Port Washington and the community decided to construct a building for the sole use of evangelical groups. They moved the school house a short distance and in its place, in 1859, built First Church (also referred to as The Free Church, Union Free Church, Union Free Chapel, The First Free Church of Manhasset and other names). This building was not a church but churches used it for their services.

They built their own building at 10 Carlton Avenue in 1890.

In 1920 they built a parsonage. Many of Port Washington’s influential people met in that early church including the Bayleses, the Birds, the Deckers, and the Joneses.

During the leadership of Pastor Hampton the people rallied to build the current church building here at 35 Campus Drive and later purchased a new parsonage. 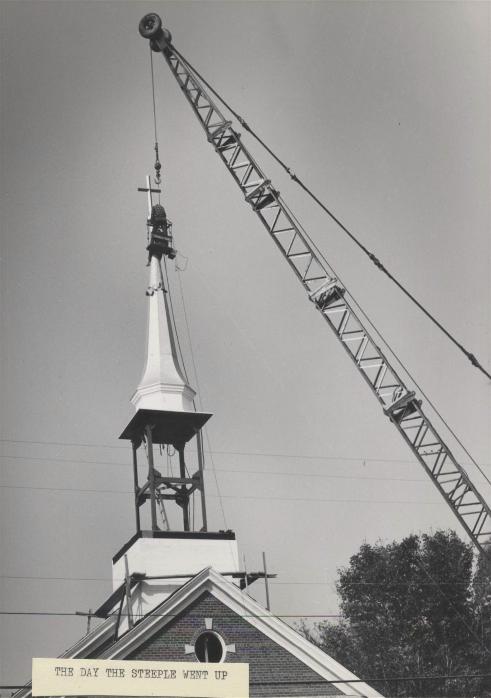 In 1983 the congregation changed the name of the church to The Bible Church of Port Washington. The church has always been self-governing and independent of any denomination. The community had become largely Roman Catholic and Jewish. The church thought that the new name would provide less of a barrier to any desiring to learn the facts and truths of the Bible. It seeks to lovingly reach out with the gospel of Jesus Christ to people of all religious and non-religious backgrounds.

The congregation has changed over the years but it is still like its forbears seeking religious freedom to study and practice what the Bible says. It could still meet at the First Church building (if it had continued) for it remains evangelical in holding to the same conversion experiences of that 1858 revival. Change is nice but so is consistency. The Bible Church continues in the stand of its forebears. 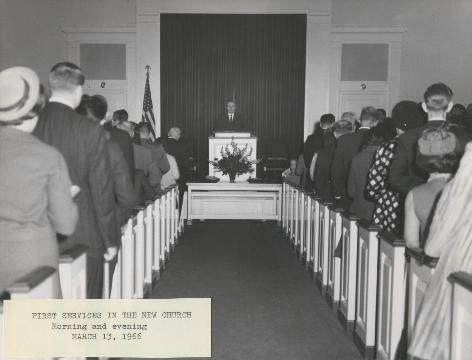